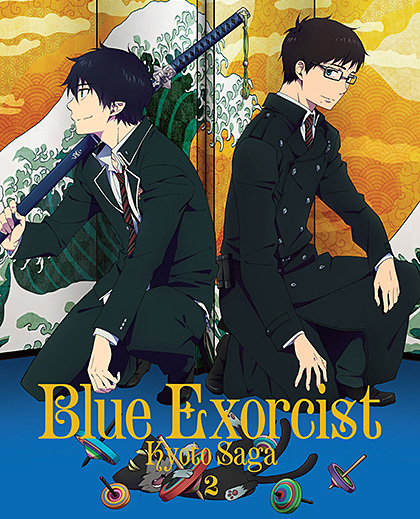 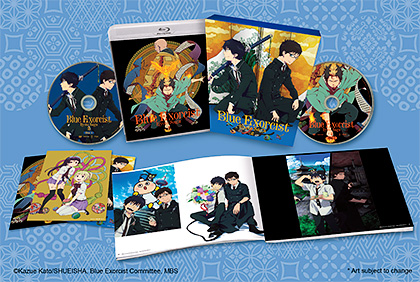 Blue Exorcist, the manga by Kazue Kato which has surpassed 15 million copies in sales. Following a TV anime series and a theatrical film, the long-awaited new series has come back! Set in Kyoto, a new chapter of Blue Exorcist is about to begin…

Rin’s anger towards Ryuji Suguro releases as blue flame in front of everyone, resulting in Rin being thrown into prison. While locked up, Shura delivers a letter to Rin from Tatsuma, Ryuji’s father and the head priest of Myohda Sect. From the letter they learn of the relationship between Tatsuma and Shiro Fujimoto, as well as the secret of the demon sword, Kurikara.

Now Rin and his classmates must band together and defeat the Impure King!