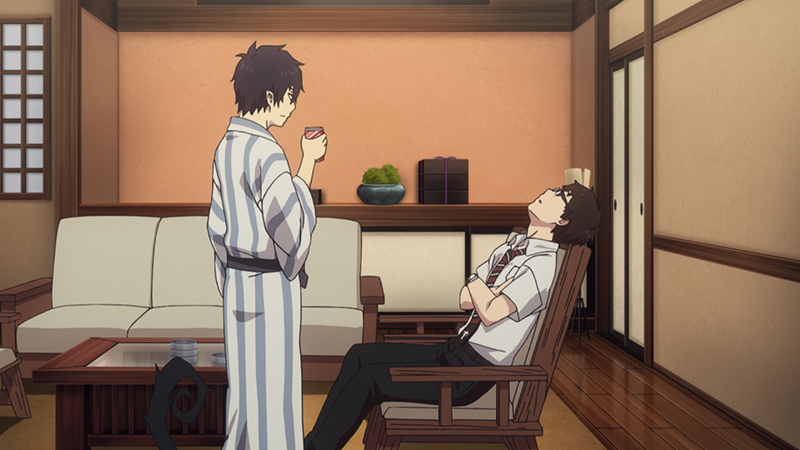 Blue flames cleanse the Impure King’s miasma. But while the spectacle of blue flames setting the night sky ablaze was reminiscent of the Blue Night, these flames had a completely different effect. The people who were each rattled in their own way as a result of the incident involving the Impure King open a new chapter in their lives now that the crisis has been resolved. Rin says that his goal is to become an exorcist even though he is the spawn of Satan. And for Rin and Yukio, the time has come to face up to a fact that they cannot escape as brothers.