#6 A Wolf in Sheep's Clothing 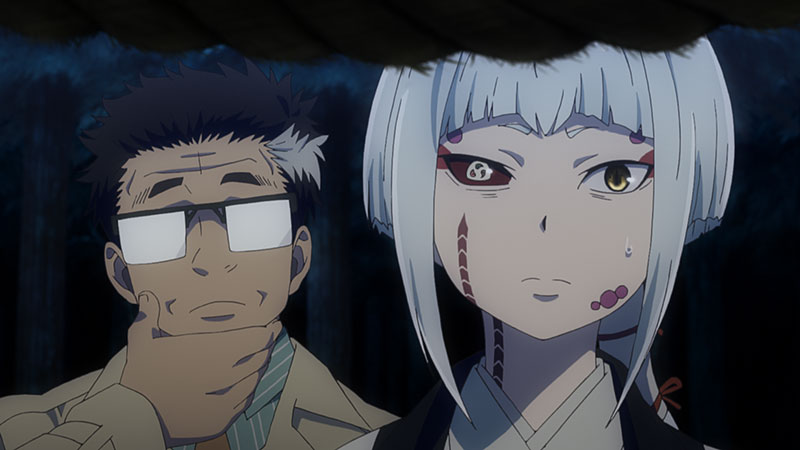 Tatsuma and Shiro Fujimoto, the man who raised Rin and Yukio, met each other over the Koma Sword, Kurikara. The story of how the Koma Sword, Myoda’s holiest relic, found its way into Rin’s hand is gradually revealed in Tatsuma’s letter. And Mamushi, suspicious of Tatsuma ever since he relinquished the temple’s holiest relic, is on the run after stealing the Left Eye to try to save Myoda. She and Todo make for Fudobu-ji’s Goma Chapel, former heart of the Myoda sect, where she learns the secret of the Impure King that has been handed down for generations.