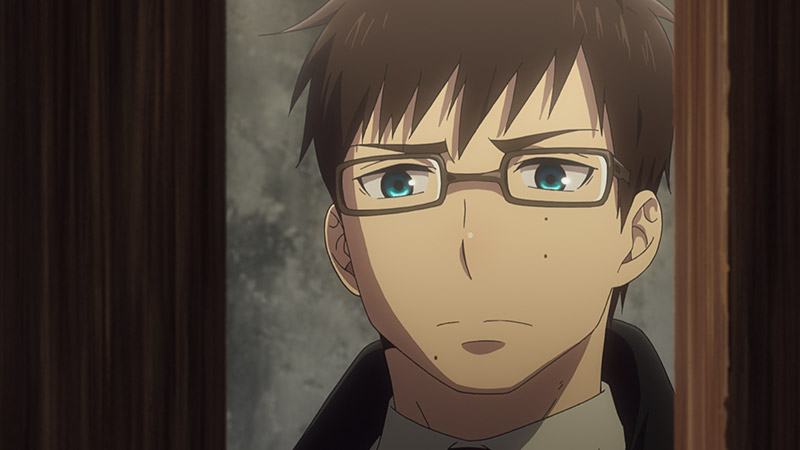 The Right Eye of the Impure King has been stolen as a result of collusion between Saburota Todo and Mamushi Hojo. The members of Yukio Okumura’s detachment also arrive at the Kyoto field office, and a meeting is held to discuss how to recover the stolen Right and Left Eyes. Meanwhile, Rin has been thrown into solitary confinement after flaring up in front of a crowd while he was butting heads with Suguro. The exorcists are shocked at the discovery of who Rin really is. Under the cover of all the turmoil, Tatsuma slips a letter to Shura to give to Rin.