#8 From Father to Son 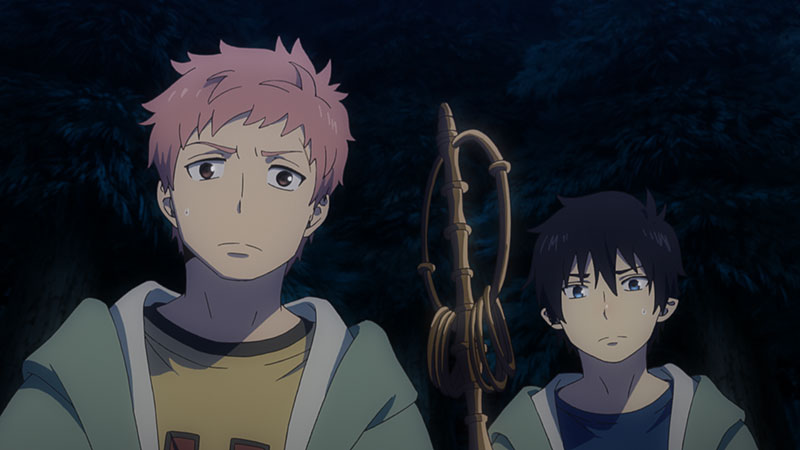 The Impure King’s miasma rains down across the city. The exorcists launch their plan to fight the Impure King. Rin, now knowing how his classmates feel about him, breaks out of the cell block. They all head for Kongo-Shinzan in Rakuhoku, where they come across an unconscious Tatsuma. Meanwhile, Yukio, who is unaware of Rin’s jailbreak, encounters Todo. Yukio is completely outclassed, and Todo relentlessly attacks as if toying with him. He casually brings up the topic of Rin to throw Yukio off balance mentally.